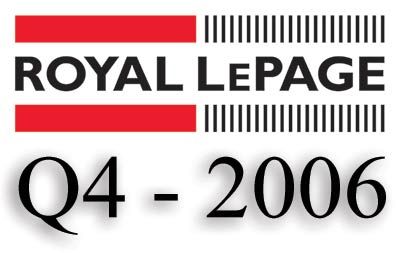 Low inventory levels continued to pressure prices upwards in Saskatoon, where buying activity remained brisk throughout the quarter. Accurately priced properties that showed well continued to attract multiple offers and often sold above list price, with the average time on the market falling to below 30 days.

Of the four markets examined in Saskatoon, the average price of a standard condominium experienced the greatest increase compared to other housing types surveyed, rising by 15.3 per cent to $124,000, year-over-year. Standard two-storey homes increased by 13.3 per cent, to $205,000, while the price of a detached bungalow rose by 14.2 per cent to $188,500, year-over-year.

Saskatoon has continued to experience an increase in in-migration – a population who is accounting for a large portion of the activity within the housing market. People have been moving to the city to take advantage of the affordable cost of living and excellent job opportunities, as many businesses in a variety of sectors are expanding.

“Saskatoon has experienced an increase in in-migration, and inventory has not been able to satisfy demand which has resulted in continued double-digit increases in average house prices,” said Norm Fisher, sales manager, Royal LePage Saskatoon Real Estate. “Moving into 2007 we should see some reprieve from the shortage of inventory as some current building projects are completed, helping to free up inventory for the resale market.”

Demand for condominiums has seen continued to grow in the fourth quarter, as an increasing number of entry-level purchasers have been turning to condominiums when they are unable to find a home that is affordable. Luxury homes priced above $300,000 have also seen an upswing in activity, largely attributable to out-of-province purchasers.

Of the markets examined in Regina, the average price of detached bungalows experienced the greatest increase compared to the other housing types surveyed, rising by 6.9 per cent to $150,375, year-over-year. Standard two-storey homes increased by 3.1 per cent, to $146,500, while the price of a standard condominium rose by 2.1 per cent to $96,500, year-over-year.

“Demand for all types of housing remained strong during the fourth quarter, as affordable interest rates and strong consumer confidence continued to drive buyers into the market, placing pressure on already tight inventory levels,” said Mike Duggleby, manager, Royal LePage Regina Realty, Regina. “In some cases, we have seen the lack of available inventory result in purchasers deciding to wait until the new year to make a purchase as they have become frustrated by the limited supply.”

Regina’s housing market is expected to maintain its strength throughout the upcoming year, with tight inventory levels limiting the number of units sold. For the year ahead, purchasers can expect average property prices to rise by 5.9 per cent to $144,000, according to the 2007 Royal LePage Market Survey Forecast, while the number of property transactions is expected to increase by 1.0 per cent to 2, 970 units sold.

Added Duggleby: “New developments in the southwest and the northwest of the city should help to relieve some of the pressure on inventory levels next year, however, seller’s market conditions are expected to persist for all of 2007.”