Saskatoon real estate agents saw the fewest number of sales in the past ten weeks this week. A total of 87 house and condo listings were reported sold to the Saskatoon MLS® system, down 19 units from the previous week and below numbers recorded during the same week last year by 14.

New listings added to the multiple listing service® this week also took a downturn falling 40 units from last week to 143 to finish ahead of the same week last year by seven.

The total number of MLS® listings showing an active status on the system moved ahead again growing by 25 units this week to 1237 for a year-over-year decline of about 180 homes. Today, there are 735 single-family homes and 428 condominiums available to purchasers within the city of Saskatoon. At the close of the same week a year ago those numbers stood at 841 and 518 respectively. 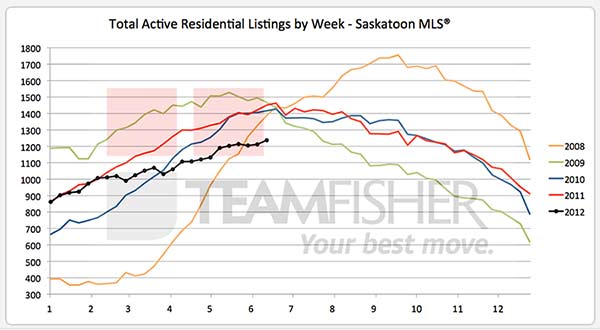 The number of sales that occurred above the seller’s asking price slipped lower to just five. The average overbid was fairly small at just $300. Another ten sellers received and accepted offers at the full asking price while 72 of this week’s 87 sales came in below the asking price with an average discount of $8,785 required to close the deal.

Other action on the Saskatoon MLS® this week included 53 canceled and withdrawn listings, 11 expired listings and 50 price changes. 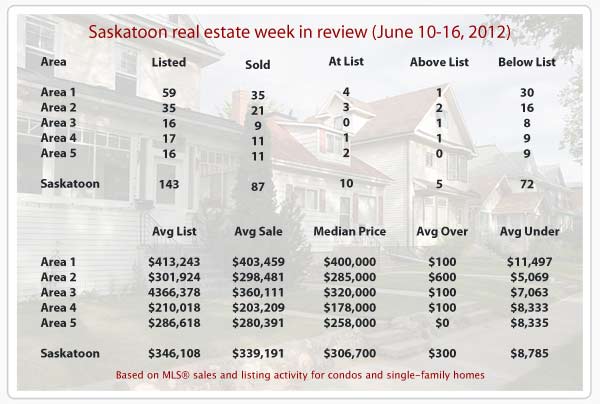