Four factors that caused the Saskatoon real estate market to explode in June, 2020 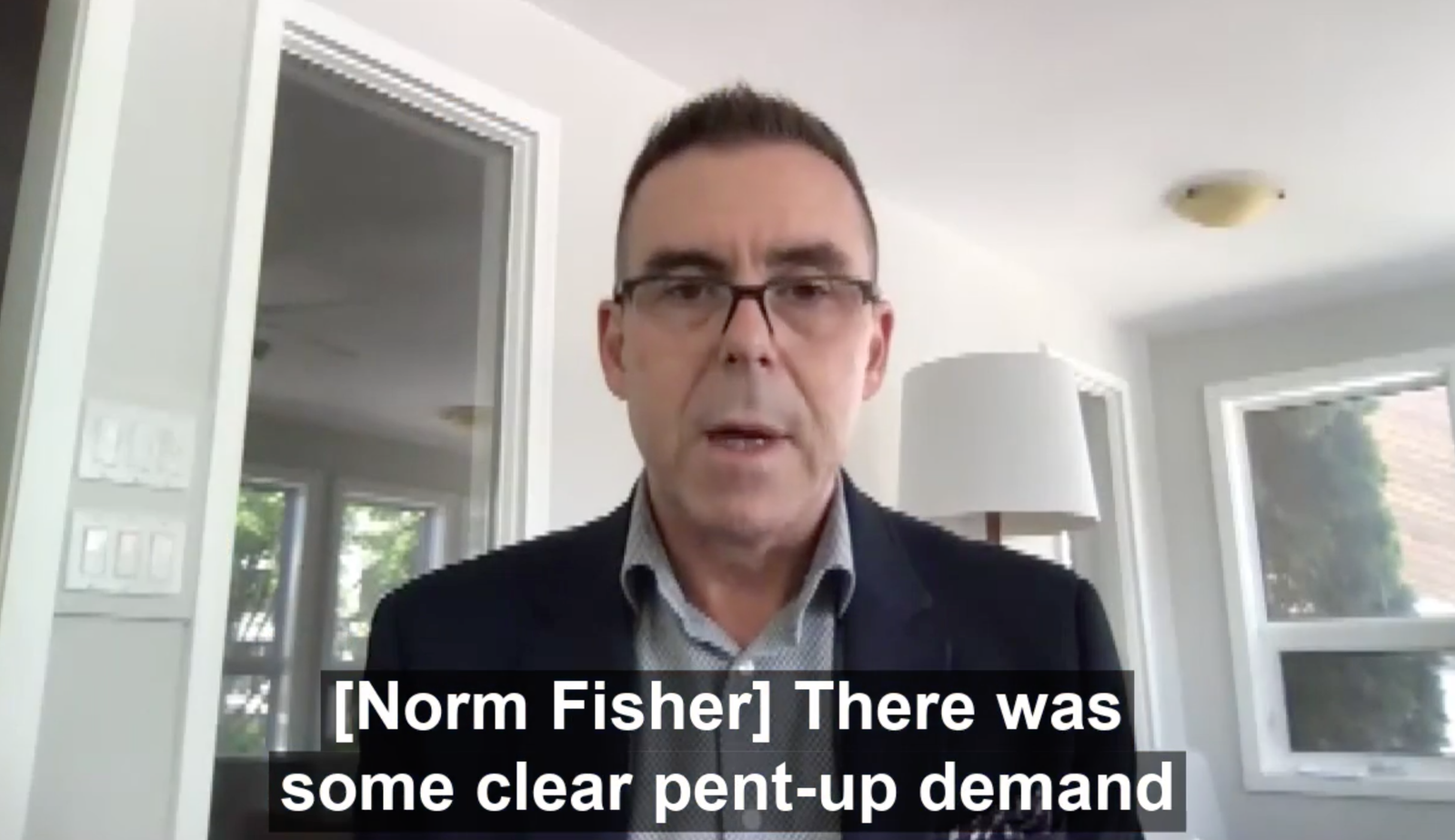 With the release of the Royal LePage House Price Survey yesterday, I appreciated the opportunity to speak with Connor O'Donovan of Global TV.

This story highlights the explosive real estate market activity we saw across the province during the month of June.

Why is this happening "during a pandemic"?

There are a number of factors at play, in my view.

1) Pent-up demand resulting from weak sales in April and May.

3) The "I'll be damned if I'm going to risk a second wave of this crap locked down in this house" effect.

4) Significantly tightened inventory levels tend to cause buyers to pull the trigger quicker.

[Mike Duggleby] There seems to be a lot of excitement among buyers out there right now.

[Connor] A recent Royal LePage survey indicates little movement on home prices in Regina recently but as for the actual number of home sales in the Queen city, they actually grew in June by 50% compared to 2019.

[Mike Duggleby] This last quarter in particular, we've seen some dramatic acceleration of sales as far as multiple offers being made on reasonably priced properties.

[Norm Fisher] There was some clear pent-up demand that resulted from poor sales over April and May, right? Like the bottom felt like it fell out.

[Connor] Both Fisher and Duggleby agree that relaxed pandemic restrictions likely played a role in the sudden sales surge. But Fisher says he also found the new norms of physical distancing and isolation played a role as well.

[Norm Fisher] I got the sense that there was some household tension. You know? People being in close confines with their entire family every day, day after day for a couple of months.

[Connor] Fisher added that on July 1st, a Canadian mortgage and housing corporation tightened insurance rules which likely added to the June blitz. But adds that, what he calls the first seller's market in years could continue for the short-term.

[Norm Fisher] We've passed the peak weeks for a typical year and inventory now appears to be declining, and I think it will likely continue to do that throughout the balance of the year.

TeamFisher.com hosted nearly a quarter of a million user sessions and displayed more than 1.2 million pages to our visitors in 2019. If you have a Saskatoon area home you'd like to sell, we know how to get people looking at your home. Reach out to me directly to engage our team and learn about our processes.

I’m always happy to answer your Saskatoon real estate questions.  Reach out by voice or text at 306-241-6676 or email me at norm at teamfisher.com