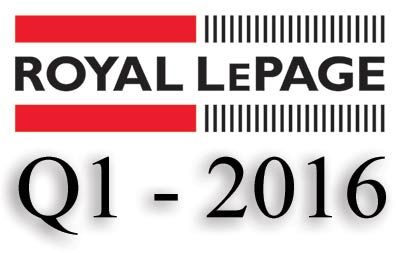 SASKATOON, April 7, 2016 – The aggregate price* of a home in Saskatoon remained relatively flat in the first quarter of 2016, slipping 0.3 percent year-over-year to $373,658, according to the Royal LePage House Price Survey**released today.

“The number of completed and unabsorbed condos is up 35 percent over last year. New units resulting from condominium development projects that started two years ago are now coming onto the market and generating a spike in inventory in this segment,” said Norm Fisher, owner and broker, Royal LePage Vidorra. “This is leading to some price softness in the condominium segment and creating a window of opportunity for buyers.”

“A glance at our national house price composite points to a very strong Canadian real estate market, yet the findings contain extreme regional disparities of the kind we haven’t seen in over a decade,” said Phil Soper, president and CEO, Royal LePage. “Like an economic triumvirate, the impact of rock-bottom interest rates, the low Canadian dollar and a rapidly expanding U.S. workforce are stimulating economic growth and housing demand in our largest metropolitan areas. Conversely, in cities like Calgary, the ongoing drags in depressed energy prices and worrisome employment trends have taken a material bite out of sales volumes. As a lagging indicator, home prices in Alberta and Newfoundland are just beginning to adjust to the lower demand.”

“Redistribution of labour across the country is further reinforcing disparities among housing markets, as the broader impacts of the oil recession on Alberta’s economy take hold.  For the first time in many years, we are witnessing an out-migration trend in the province, as economic conditions and employment prospects dim,” continued Soper. “We expect British Columbia, followed by Ontario, to be the top recipients of new household inflows in the coming year, which will further fuel housing demand and price appreciation in Greater Vancouver and the GTA.  This is in sharp contrast to the situation from 2011 to 2014, and in the mid 2000’s, when a booming energy sector attracted families from all over Canada to Alberta.”