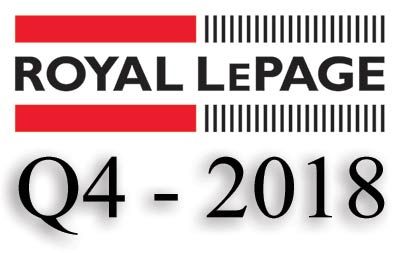 January 11, 2019 – According to the Royal LePage House Price Survey released today, the aggregate price of a home in Saskatoon saw a moderate decrease in the fourth quarter of 2018, decreasing 1.7 per cent year-over-year to $371,486.

“High levels of inventory coupled with a significant decline in demand have led to moderate decreases in the region’s home prices,” said Norm Fisher, Broker and owner, Royal LePage Vidorra.

“The increased costs of financing a home have also contributed to the slowdown in the Saskatoon real estate market. The stress test that came into effect in January of 2018 along with interest rate increases have made it tougher for first-time homebuyers,” added Fisher.

“At the same time, the commodities sector slump continues to weigh down the city’s housing market. As our provincial economy heavily relies on mineral extraction, uncertainty regarding employment in the oil and uranium industries is affecting homebuyers’ confidence.”

Nationally, year-over-year home prices made healthy gains in many regions across Canada in the fourth quarter of 2018. The Royal LePage National House Price Composite, compiled from proprietary property data in 63 of the nation’s largest real estate markets, showed that the price of a home in Canada increased 4.0 per cent year-over-year to $631,223 in the fourth quarter of 2018.

“The invisible hand that guides our complex economy hit the real estate reset button in 2018 and that is a good thing,” said Phil Soper, president and CEO, Royal LePage.

“Major market home price inflation through much of the decade had led to dangerous overheating in our most populous regions. Government regulatory intervention and rising interest rates, when combined with property price overshooting, triggered the correctional cycle we find ourselves working through today.”