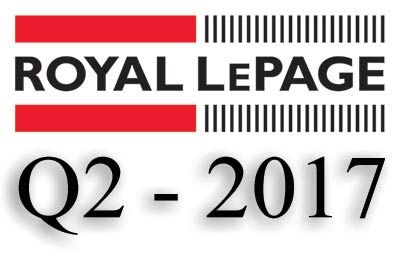 Despite seeing a healthy amount of demand, high inventory levels contribute to slight decreases in pricing across the region

SASKATOON, July 13, 2017 – According to the Royal LePage House Price Survey1 and Market Survey Forecast released today, the aggregate price of a home in Saskatoon dipped slightly in the second quarter of 2017, slipping by 1.7 per cent year-over-year to $379,864.

“While inventory is at an all-time high, home prices have been supported by modest population and job growth, combined with continued low interest rates.”

Looking ahead, Fisher forecasts that pricing and sales activity will soften slightly by the end of the year, as high inventory levels and a seasonal slowing of demand dampens the market.

“Following a period of unprecedented regional disparity in activity and price appreciation, we are now seeing a return to healthy growth in the majority of Canadian housing markets,” said Phil Soper, president and CEO, Royal LePage.

“The white-hot markets are moderating to very warm; the depressed markets are beginning to grow again. Canadian housing is in great shape – a statement that I certainly did not make last quarter.”

“The rate of national house price appreciation that we experienced in the second quarter continues to be above what we would consider a normal range, driven primarily by very strong year-over-year price growth across much of Ontario,” continued Soper.

Looking ahead to the remainder of the year, Royal LePage forecasts that the national aggregate price of a home will increase by 9.5 per cent in 2017 to $617,773 when compared to year-end, 2016.