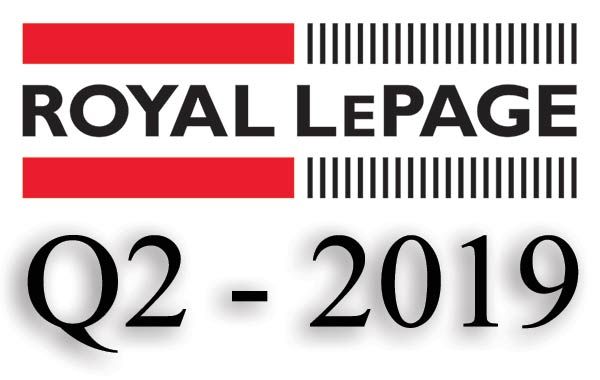 SASKATOON, July 10, 2019 -- The aggregate price of a home in Saskatoon continued to show declines in the second quarter of 2019, decreasing 2.6 percent year-over-year to $359,895, according to the Royal LePage House Price Survey released today.

“What happened behind the scenes this spring is that we saw demand was up nine percent year-to-date compared to last year and that’s a really strong growth number,” said Matt Miller, broker, and owner, Royal LePage Saskatoon Real Estate. “We are moving from a buyer’s market into a more balanced one.”

Miller predicts prices to remain relatively flat in the next quarter, with perhaps some small increases. Home buyers should continue to benefit from low-interest rates and the adjustment in regional sale prices. He stated the effects of the OFSI mortgage stress test are still being felt.

“If you look at the Saskatoon real estate market, the contraction mirrors what is happening in the economy and it is similar to other commodity-dependent regions,” stated Miller.

“We now have evidence of a sustained market recovery in the nation’s largest market, and signs of a price floor in other regions hit hard by the eighteen-month-old housing correction,” said Phil Soper, president and CEO, Royal LePage. “Only in the West do we see a significant number of home buyers remaining on the sidelines, depressing sales volumes and causing prices to sag. Buoyed by supportive economic conditions, many stubborn homeowners in B.C. and Alberta remain unwilling to let their precious real estate go for less than what they perceive as fair value, which has gone a long way to protecting existing home values.”

Royal LePage expects national home prices to see a modest uptick by the end of the year, rising 0.4 percent compared to the end of 2018.