The number of homes that traded fell short on an annual basis for the third consecutive week as Saskatoon real estate agents reported 88 firm transactions to the multiple listing service®. That number is up by two compared with the previous week, but down by 14 compared with the same week a year ago. On the heels of a first-quarter which saw sales increase marginally over the same period the previous year, April looks to have been a bust. With the final business day of the month behind us, the MLS® is showing just 316 firm sales, down from 381 last year.

Meanwhile, new MLS® listings continue to flow at typical rates for the season. Local REALTORS® added 215 residential listings to the MLS® system last week, up 15 from the week before and down five from the same week last year. 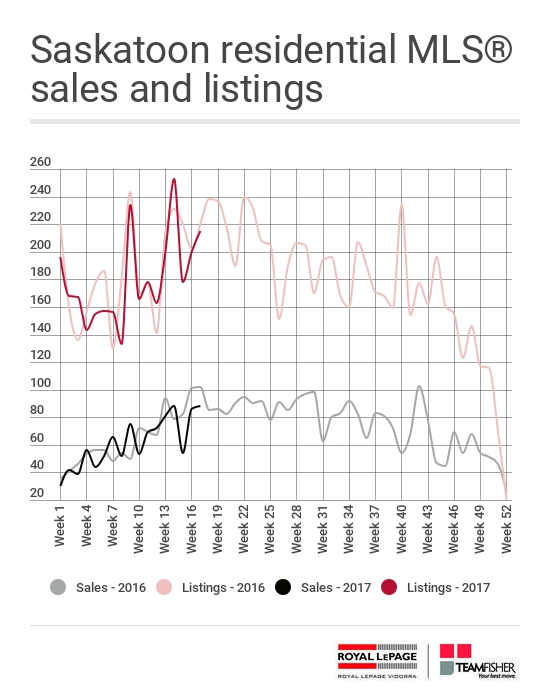 The number of active MLS® listings available for purchase in the residential category grew again, as expected. This week wrapped up with the inventory showing its largest year-over-year gains since mid-November of last year. The week closed with 2029 properties for sale within the city of Saskatoon, up 30 from a week earlier. That amounts to an annual increase of 104 homes. I should point out that numbers recorded during the same week last year would have already had month-end expired listing taken out of them. There are 55 active MLS® listings on the system today (April 30) that are scheduled to expire at midnight tonight that should close that gap some, depending on the number of listings that are extended today. The current inventory is largely made up of the two major property types. Today, we have 1069 single-family homes for sale, up from 1026 a year ago. The condominium category shows 787 active listings, up from 732 at this time last year. 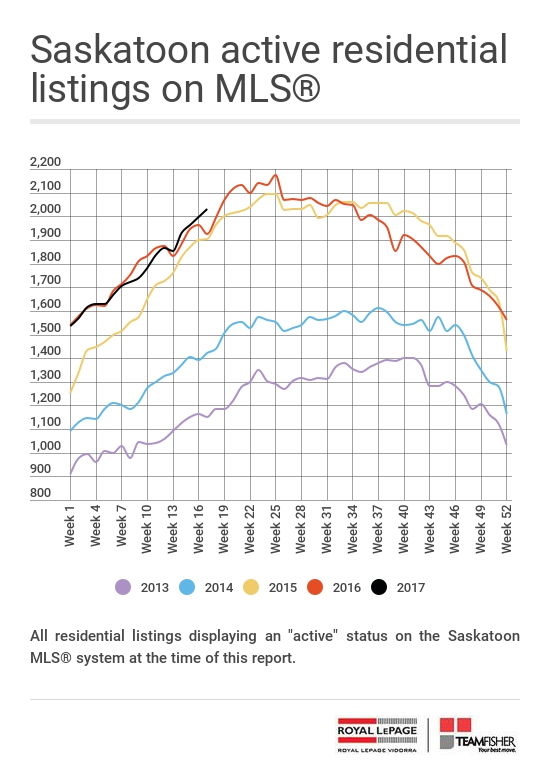 While some pricey homes traded hands this week, including one Saskatchewan Crescent home that went for $1.5 million dollars, strong activity at the market’s entry-level (there were 13 sales at or below 200K this week) drove both the weekly price measures lower. The median sale price for the week slipped more than twenty-five thousand dollars to $330,000. The weekly average fell nearly twenty-four thousand dollars to $353,321. Even as the weekly numbers dropped lower, the six-week average price continued to edge upwards and reached its peak for this year at $354,233 for a year-over-year increase of about 13K. That is the highest close for this particular week in the past five years. The four-week median price grew for the fourth consecutive week and reached $340,000 for a weekly gain of just one thousand dollars, finishing up from a year ago by nine thousand. 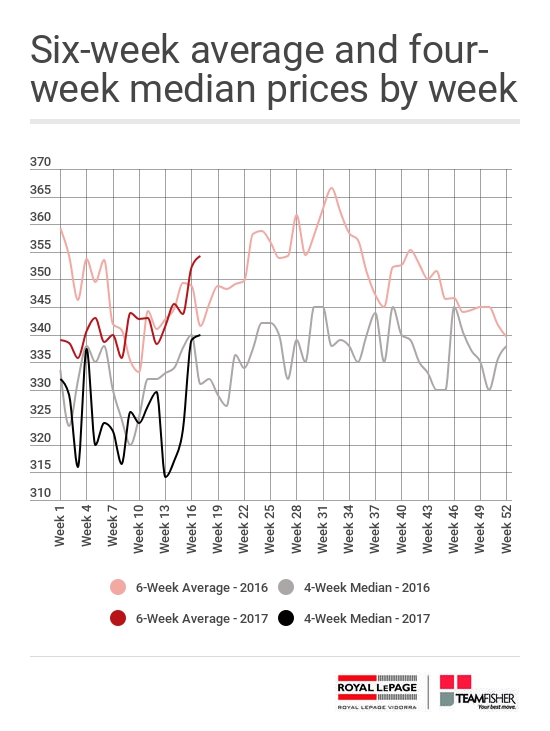 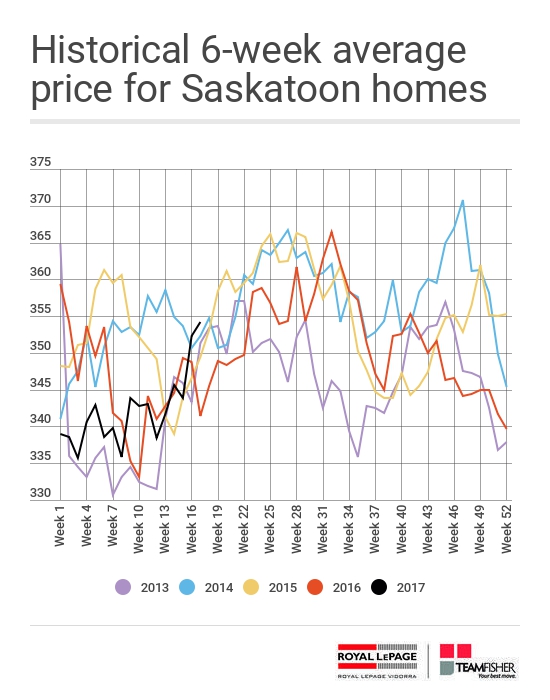 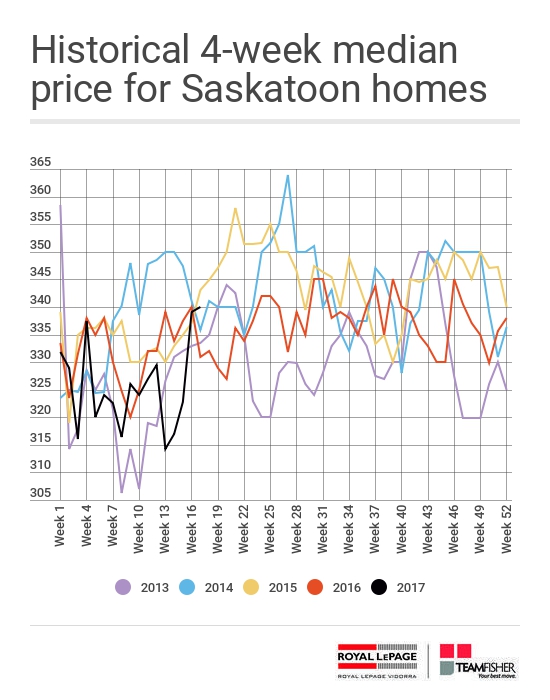 Two resale sellers found a buyer willing to pay more than their asking price, one buyer overbidding $3,100 and the other padding their offer with an extra $5,200. There were 12 list price deals and 74 sales that went below the asking price by an average of $11,164.