Welcome to the Confederation Park Area of Saskatoon 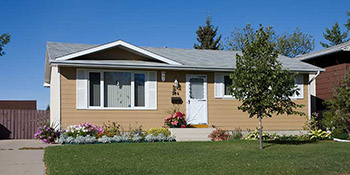 Confederation Park is a residential subdivision that saw the bulk of its development occur between 1970 and 1980. Most of its street are named after prominent Canadian politicians, primarily prime ministers.

The area has a handful of commercial developments nearby; most popular among them is the Confederation Park Mall.

Confederation Park is one of Saskatoon's more affordable areas with a good selection of single-family detached homes and condominiums that are generally available at less than the average selling price of a Saskatoon home.

After hunting the city for the last 3 months for a house I found those in my price range always ended up in Confederation Park or Pacific Heights. Always living on the East side I was fully aware of the West side stigma. I have to say my opinion has changed. I got a 1977 house on a 50′ plus lot with a garage off the alley. I got the house for a good deal and after removing the flooring and having new hardwood and carpet installed along with a new kitchen and bathroom (the house was 900 sq ft so this wasn’t a big expense) I have what I want on a quiet crescent. Shop the west side, its minutes from Safeway and Superstore, downtown, circle drive and Preston crossing. My street is mostly working families mixed with retired original homeowners. There are some nice areas in the crescents off the major streets.