Welcome to the Fairhaven Area of Saskatoon 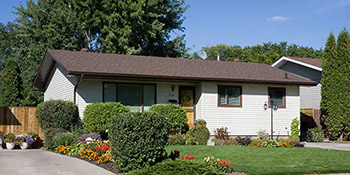 Fairhaven is a residential subdivision located on the far west end of Saskatoon with only the Parkridge area separating it from the edge of the city. It was primarily developed between 1981 and 1995. A little less than half of its homes are single-family detached houses while the balance of the housing stock is made up of high-density apartments and town homes that sit along its western boundary.

The area has just one public park, but it's a large one at approximately 20 acres. Each elementary school occupies a portion of the park's outer edge. Fairhaven offers substantial baseball and outdoor soccer facilities, a toboggan hill, plenty of walking paths, numerous playgrounds and a paddling pool.

The area offers good access to a number of convenience stores. The closest major shopping centre is Confederation Park Mall.

Homes for Sale in Fairhaven, Saskatoon

After ten years and four children, needing even more living space, we bought a lovely new home in Fairhaven. We found a real sense of community on the west side where we enjoyed and raised our children over the next ten years. Now that the children have grown and are starting families of their own, my wife and I decided it was time to downsize. We did very well on the sale of our Fairhaven home and could see that there was long term value in any home investment as long as you maintain it.