Welcome to the Forest Grove Area of Saskatoon 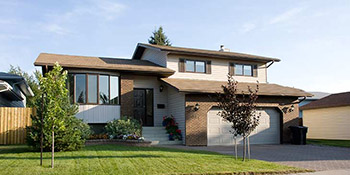 For the most part, Forest Grove began to develop in the early 1970's with the bulk of the housing construction being completed by the late 1980's. Single-family detached houses account for a little more than fifty percent of the residential development. Roughly ten percent of the area's homes are semi-detached and the balance of the housing stock consists of condos, either apartment style or town homes, with some low-rise rental apartment buildings. In spite of a higher than normal percentage of multi-family properties, Forest Grove is generally regarded as a good quality family area.

The neighborhood has two elementary schools that are fairly central to the area. Public school students attend Forest Grove School, while students in the catholic system attend Saint Voldymyr School. Two high schools, Saint Joseph High School and Centennial Collegiate, are located in nearby University Heights, a fairly easy walk, at least from the northern end of the area. Forest Grove is also one of the closest residential neighborhoods to the University of Saskatchewan campus.

The area boasts over twenty acres of park space between three public parks. The majority of that green space is found at Les Kerr Park, which connects both of the area's elementary schools. Between them, these park spaces offer baseball and soccer facilities, outdoor rinks, a spray park, several creative playgrounds and plenty of walking paths. The SaskTel Sports Centre is just next door in University Heights and offers both indoor and outdoor soccer pitches.

Shopping is handy with Preston Crossing just a few minutes away by car, and downtown Saskatoon is just beyond the university campus. Circle Drive is very handy and allows access to the north end or the south-east end of the city within just a few minutes.