Welcome to the Grosvenor Park Area of Saskatoon 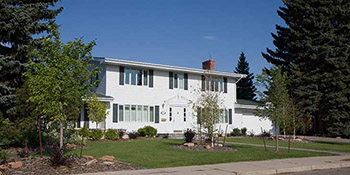 Grosvenor Park is an east-side residential subdivision that shares a border with the University of Saskatchewan's South Management area making it an attractive option for anyone employed on campus. Approximately half of the homes in the area were built before 1960 and about half of the remainder were built in the ten-year period that followed. Considered to be an upper-income area, homes are somewhat more upscale than those in the surrounding neighbourhoods. Roughly half of the area's households are detached homes with the balance being low-rise apartments situated at the southern boundary.

Grosvenor Park's southern boundary is 8th Street so there are numerous shopping opportunities nearby including The Grosvenor Park Centre, The Centre, as well as, Preston Crossing which is a short drive away.

There are no schools in the Grosvenor Park neighbourhood, but both school systems offer bus service to schools outside of the area.