Welcome to the Lakeview Area of Saskatoon 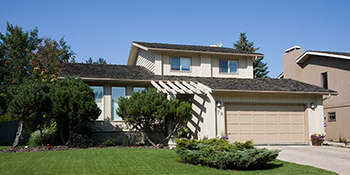 Lakeview is a large residential subdivision with a population of nearly 8000 people across more than 2700 households. Approximately 1600 of those homes are single family dwellings. The area also has a large number of low-rise apartments, most of which have been converted to condominiums over the years. A limited number of town homes and semi-detached properties can also be found.

Small entry-level homes on the more major streets can be found at, and sometimes slightly below the average selling price of a Saskatoon home with the selection improving substantially as your budget increases.

Lakeview homes were constructed around a central park area of approximately thirty acres. The park is rich with amenities including four baseball diamonds, four soccer pitches, three tennis courts, a paddling pool, a toboggan hill, numerous creative playgrounds, walking paths, and a beautiful man-made lake. The public elementary school, É’cole Lakeview School offers instruction if both official languages and is situated at the west end of the park while Saint Bernard School, the catholic elementary school is further to the south. This neighbourhood's design makes both schools fairly accessible from just about anywhere in the area.

The Centre on 8th Street is one of Saskatoon's major shopping malls and it can be reached by car in about five minutes. Circle Drive provides a quick route to downtown Saskatoon or the University of Saskatchewan campus.

Homes for Sale in Lakeview, Saskatoon