Welcome to the Lawson Heights Area of Saskatoon 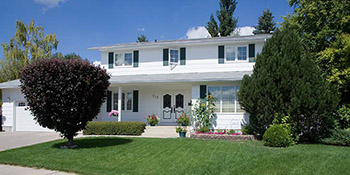 This family oriented area was initially developed through the 1970’s and into the early 1980’s. Lawson Heights is now fully mature so beautiful landscapes and large trees are everywhere.

The area’s eastern border is defined by Whiteswan Drive, which overlooks Meewasin Park and the South Saskatchewan River valley. If you enjoy a bike ride, cross country skiing or an after dinner stroll you’ll enjoy over 20 kilometres of paved trails that run through the park along our stunning river valley, extending well beyond downtown Saskatoon.

The neighbourhood’s north end location has a bit of an “off the beaten path” feel to it, but you’ll be amazed at how central it really is. Warman Road provides easy access to the downtown core (approximately 4 km) and Circle Drive will take you to the far east side, or the far west in just a matter of minutes.  Those working or studying at the University of Saskatchewan can enjoy a short and scenic drive to work via Whiteswan Drive and Spadina Crescent. This peaceful and relaxing drive provides spectacular views through all four seasons.

Shopping opportunities are nearly unlimited starting with The Mall at Lawson Heights, one of Saskatoon’s major shopping centres. Again, downtown Saskatoon is just a quick jaunt, as is Preston Crossing and Circle Drive West where you’ll find such retailers as Staples, Rona Home Centre, and Home Depot. Safeway and Michael's Independent Foods are also conveniently located on the western border of the area.

Lawson Heights also offers some beautiful green spaces with over 20 acres of public park area including Rochdale Park, Umea Park, and Bishop James Mahoney Park. Creative playgrounds, a public paddling pool, and ball diamonds are just a few of the amenities that you’ll find in these lovely parks. Other recreational amenities include the Henk Ruys Soccer Centre and the Lawson Heights Civic Centre, home to an indoor wave and swimming pool and a public library.

Lawson Heights offers a public elementary school, a catholic elementary school, and a catholic high school. Public high school students attend Marion M Graham Collegiate, which is on the southern boundary of neighbouring Silverwood Heights, and an easy walk from most Lawson Heights locations. All of the schools in this terrific area have excellent reputations in the education community.

The community is supported by a strong and vibrant Lawson Heights Community Association, which offers a number of recreational programs in the spring and fall.

My wife and I moved our family to Lawson Heights in 1994. At the time, we had two small kids who both found good friends in the area. By 2004, our little ones were getting big and our home no longer met our needs. We needed something larger. All of us agreed that we were not leaving Lawson Heights. We just feel “at home” here, so we sold our house and bought another at the opposite end of the area. We like it just as much here as we did over there.

Our children went to River Heights School because of their desire to learn French so we have little first-hand experience with the area’s elementary schools, though our friends in the neighbourhood all seem to speak highly of them. As far as high schools go, both of our children had excellent experiences at Marion Graham Collegiate which offers an environment which challenges its student and holds them accountable for their actions. Our son is one of those kids that chose to be involved in almost everything. He has participated in the SRC and a number of extra-curricular activities and he feels like the faculty has had a positive impact on him.

I won’t get into to talking about how “great” the people are, as it seems for the most part that we encounter terrific people wherever we go in Saskatoon. It’s more of a local culture than one which is neighbourhood specific. I will say that we’ve appreciated our neighbours at both of our Lawson Heights homes. They’ve all been very decent people; kind enough to offer a smile and a wave but respectful enough to allow you some privacy.

Another thing I appreciate about Lawson Heights is the terrific amenities and its central location. I work downtown and I can get to my office in about seven minutes, even when traffic is heavy. With Circle Drive, it’s equally easy to get to the East side or the West end, and we seldom find ourselves in the car for much more than 10 to 15 minutes, often much less. The Mall at Lawson Heights provides very good shopping and there are three major grocery stores in and around the area. Circle Drive is just minutes away and offers an abundance of shopping opportunities. The South Saskatchewan River Valley is practically in our back yard. There are some 20 kilometers of bike and walking trails which wind along the river valley from Lawson Heights to far beyond the downtown area. Additionally, the area has a civic recreational facility with an indoor pool, an excellent public library, a great indoor soccer facility, and lots of beautiful park space. From my point of view, Lawson Heights is an excellent family area which really lacks nothing.