Welcome to the Mayfair Area of Saskatoon 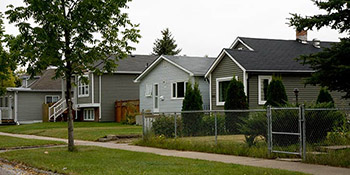 The residential neighbourhood of Mayfair had its own spot on maps in the early 1900's before serious development began. In 1909 there were sixty homes built in the area. By 1911, the City of Saskatoon was pushing into its territory and eventually Mayfair became part of the city.

Roughly seventy percent of the development that exists today was post-war and Mayfair continued to grow at a slow but steady pace until around 1980 when the area was nearly complete. The housing stock is roughly seventy-five percent single-family detached houses. The remaining portion consists of detached duplexes and a handful of semi-detached homes and apartments.

Mayfair School is the only elementary school in the area providing instruction to children using the public school system.

Homes for Sale in Mayfair, Saskatoon