Welcome to the Parkridge Area of Saskatoon 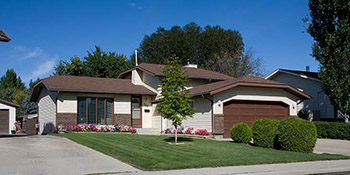 Parkridge is primarily a residential area located at the far west edge of Saskatoon. Most of the home building activity in the area occurred between 1970 and 1985 but new lots have been opened up over the past decade and nearly two hundred new homes were added during that time. The largest majority of the homes there today are single-family detached houses but a small selection of town homes, apartments, and two-unit dwellings can also be found.

Parkridge has two elementary schools, both backing a large public park that is central in the area. The public school is James Alexander and the catholic school is St. Marguerite. Tommy Douglas Collegiate and Bethlehem Catholic High School are now both open in the neighbouring Blairmore Suburban Centre, a welcome addition to the area. The two schools are joined together by the Shaw Centre, a civic facility offering an Olympic-sized swimming pool.

Homes for Sale in Parkridge, Saskatoon