Welcome to the River Heights Area of Saskatoon 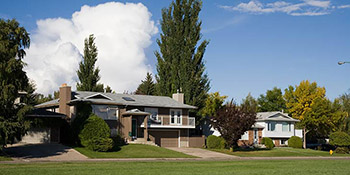 Residential development in the River Heights area began in the early 1960’s and continued through the early 1980’s. The area was the first of three Saskatoon neighbourhoods that would eventually become known as “the north end.” The area is primarily comprised of single-family dwellings with a limited number of semi-detached homes scattered through the neighbourhood. Multi-family developments are mostly located on the outer edges of the area with low-rise apartments concentrated to the west, and town homes situated to the east.

River Heights shares its northern border with Lawson Heights and its southern boundary with Richmond Heights.

River Heights eastern edge runs along the South Saskatchewan River valley and its high elevation provides some expansive and spectacular views from Meewasin Park, and from some of the upper-end homes that enjoy those premium locations closest to the river valley.

Recreational amenities are plentiful both in and around the area. Saskatoon’s north end has an abundance of public parks offering ball diamonds, soccer pitches, basketball facilities, picnic areas, public playgrounds and near endless amounts of paved walking and biking trails including those which run through Meewasin Park along the river valley. Swimming is available at the Lawson Heights Civic Centre and the Henk Ruys Soccer Centre is also easily accessible.

River Height’s location provides quick and easy access to the downtown core and additional shopping opportunities are close by including the Mall at Lawson Heights and Preston Crossing. Those driving to the University of Saskatchewan campus will enjoy a five to eight-minute drive through some of Saskatoon’s finest most breathtaking views.

Living in River Heights is part of the dream. We have nature’s playground literally at our door. We can bike, run/walk along the river no matter what time of year. We have a young child and there are lots of parks, playgrounds, schools and recreational activities that we can easily enjoy, not to mention Lawson Heights Mall right around the corner. One of the highlights of living in River Heights is that when we moved here our neighbour baked us a cake to welcome us to the neighbourhood — now isn’t that part of the dream? — great neighbours!

The best reason to live here is the proximity to the river. The next best reason is that there aren’t any bridges to cross to get here. We live on a quiet court with excellent neighbours and lots of pets. That’s the best built-in security system one could have.