Welcome to the Silverspring Area of Saskatoon 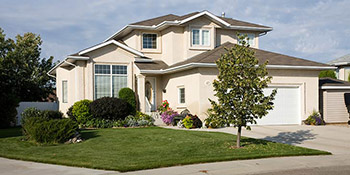 Located just north of Forest Grove, to the west of the South Saskatchewan River valley, Silverspring is a premium residential location with easy access to the University of Saskatchewan. Shopping is available at nearby Preston Crossing. Both the north end and the far east side can be quickly reached by car significantly expanding the amenities that are close enough for most to utilize regularly.

Development of this area began in the late 80's and got off to a slow start. Around the mid-1990's Silverspring really began to take off and about seventy-five percent of the homes you see there today were built after that time. The majority of the residential properties are single-family homes and there is also a reasonable selection of town homes available along the southern boundary of the neighbourhood.  Almost all of the people that call this area home own the property that they live in.

Residents of Silverspring are also on the younger side, with an unusually large percentage of the population being 30-44 years of age followed by people below the age of 20. There are a lot of children living in this area so there's a strong family focus from the schools to the activities led by the area's vibrant community association.

The immediate area boasts about twenty-two acres of park space if you don't count the Saskatoon Forestry Farm Park that runs along Silverspring's eastern border or the natural grasslands.  Collectively, the parks offer baseball and soccer facilities, numerous playgrounds, a spray park, outdoor ice rink, toboggan hill, ski trails and lots of paved walking trails. Saskatoon's Natural Grasslands, a native grassland ecosystem represents 10,000 years of evolution and is home to nearly 300 plants and animals. It's one of just a few places in the world where natural grasslands are located in an urban area.

Mother Teresa School and Silverspring School are both located at the west edge of Silverspring Park. High school students attend either Centennial Collegiate and Saint Joseph which are located nearby in neighbouring University Heights.

Homes for Sale in Silverspring, Saskatoon

Silverspring is a nice, quiet neighbourhood that is occupied with residents who take pride in their homes and community. I lived there for 7 years and quite enjoyed my stay. The natural grassland area is a major plus… it’s nice to have a pocket of unspoiled prairie landscape in the middle of the neighbourhood. Silverspring is also adjacent to the Forestry Farm Park and Zoo, which is a big draw for kids (of all ages).

One disadvantage of the neighbourhood is the lack of services within walking distance. The nearest commercial areas are Preston Crossing to the west, Sutherland to the south or University Heights to the east. Their distance pretty much forces one to have a vehicle to get groceries or any other commercial goods. The two elementary schools are a comfortable walk for kids, but high school students have to trek a little farther to get to the high schools in University Heights.