Welcome to the Westmount Area of Saskatoon 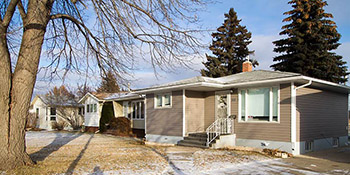 Wesmount is an inner-city neighbourhood located near the centre of the city on Saskatoon's west side. Most of the homes that exist there today were built prior to 1960, with roughly half of those springing up before the close of World War II.

Wesmount residents tend to have incomes that fall below the Saskatoon average and this fact is reflected in housing prices that are on the more "affordable" side of the scale in Saskatoon. Uncharacteristic of some of the other inner-city areas, home ownership remains near seventy percent in Westmount and there are many streets throughout the area where demonstrations of neighbourhood pride are apparent.

Homes for Sale in Westmount, Saskatoon